This section tilted Head and Eyes has been included to assist in the identification of the subspecies. 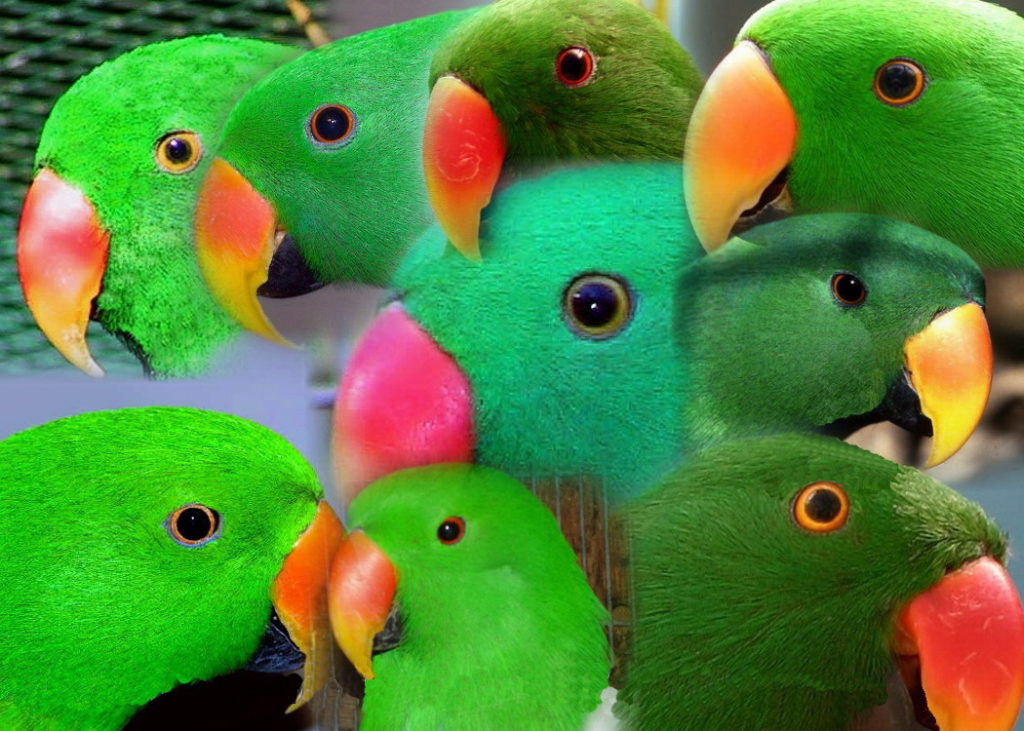 The nine male subspecies. “How many can you identify”.

The first five males, the Seram Grand, the Ambon Grand, the Vosmaer’s, the Cornelia’s and the Tanimbar Islands Eclectus all have deep orange to golden orange (depending on age) eye rings. The five remaining males, the Aru Island, the Biak Island, the New Guinea, the Solomon Island and the Australian Eclectus all have reddish to deep red eye rings, again depending on their age.